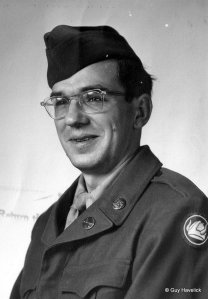 My dad had quite the childhood. As the ninth of ten kids he must have gotten by with less supervision than any child I know. I’ve read that a child in those days was five times more likely to die an accidental death than kids today. After reading about what Louie did in that alley and around Jamestown, it became obvious why “accidents” happened.

His shenanigans likely led him to plead the fifth several times. Being his parent could have been a little challenging, if there hadn’t been so many other kids to tend to. These stories do give me permission to be a little more forgiving of my grand children and some of the challenges they put me through.

Posts in the Louie’s Letters category of this blog are copies of the letters he wrote to me in 1991 with his life stories.

In the first of Louie’s letters, he hints at the humorous slant he’ll give to most of his stories.