How many kids have been able to take the greatest road trip ever? Mine was the vacation Jim and I took to the west coast in 1968. This one sounds like just as much fun. Four kids, a relatively new car, and the chance to see new territory. 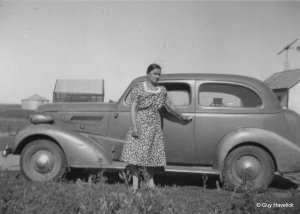 Fanny with the 1937 Chevy they probably drove to Nebraska

In the summer after papa passed away Mama let us four kids take the car on a trip to Nebraska. We got acquainted with uncles + cousins who all lived around Sioux City, Nebr. Actually, they were around the little town of Waterbury. Uncle Hugo’s family were the ones I always remembered most. Especially Clarence as we corresponded for quite a while afterward.

I remember having a dress that I made from white flour sacks and trimmed with red bias tape. That was the first really wearable dress I made.

That was the only time I ever saw my grandmother Luehr. She + Aunt Pauline lived in Waterbury + it seemed like they were both pretty old. At nine everybody over twenty looks old I guess.

Grandma Hinken had come to ND to visit us one time when I was quite small but had started school. I think she was on the farm at Uncle Cap’s when we were there. 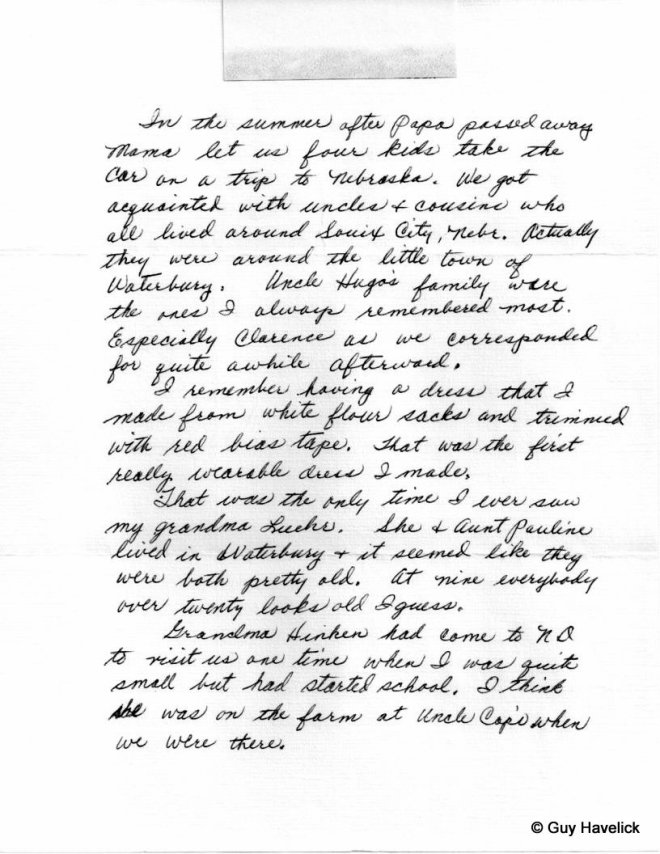 The Kids Travel to Nebraska