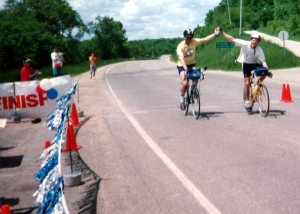 Earlier this year Jen from the Rochester magazine interviewed me for a magazine article. The article focused on human interest topics, including a question about exercise. Jen asked if I’m athletic. Nope. I can’t even sit through a baseball game, and don’t ask me to watch sports on television.

After that off the cuff answer I rattled off all the “not-athletic” things I’ve done. Ever since high school when Mark and I played at tennis I’ve engaged in sports of one sort or another. One of my friends ran ultra-marathons. I’ve never run more than a 10K. Another friend regularly rides his bike across Minnesota (TRAM) or Iowa (RAGBRAI). I once rode a 100K circle and it darned near killed me. I loved playing racquetball, but never progressed out of the “C” leagues. Some of my buddies regularly competed in the Open or “A” tournaments. Even canoeing has held my interest, but not as much as my friend Andy. He left Rochester to kayak around Australia. My canoe competition once yielded last place in a Zumbro Zig Zag triathlon. Inauspicious at best, eh?

After telling Jen about all those athletic escapades I realized that my definition of athletic is incorrect. I have always compared myself to my friends abilities. Specifically, I compared my skills one at a time with the best of the field.

No matter where I looked, someone did better at an activity than I could. It didn’t matter what the activity was. I wasn’t the best at anything.

Since we’re on the athletic theme, let’s go with the triathlon idea. Remember, I finished last in one of them. How many dozen athletes finished ahead of me? Lots. How many finished behind me on that beautiful day? END_OF_DOCUMENT_TOKEN_TO_BE_REPLACED 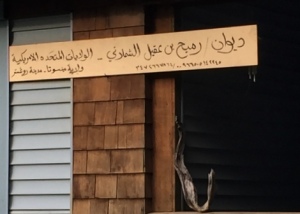 Somehow, I didn’t expect to be here. The other evening Judy and I got home from a fun dinner out with friends when a neighbor knocked at the door, inviting us to come over to his house. It was a fine evening, the sun was setting and the sliver of a new moon was right behind it. This would be interesting, I thought.

At dinner we had talked about how different retirement turned out to be, compared to what we had expected. Looking back, neither of us really had much of an idea what to expect when I quit doing what I had done for almost forty years. When I walked out the door from IBM that December day three years ago I entered a new world. Unknown, it turns out.

Our friend Paul retired about ten years ago. Soon after he quit work, I asked him what he found to do all day, since he had involuntarily retired early. He asked if I had ever hurried home from work to mow the lawn before sitting down to a quick supper. Well, duh! That’s how you do it, I thought. His routine had changed. Now it could take all day to mow the yard, depending on what else was on the calendar.

Was that what I had expected when I walked away from IBM into a winter blizzard?

Forty years earlier I had walked into that same IBM door to start a new career. Nothing anyone had told me fully prepared me for the excitement and drama of working for corporate America. Every year at IBM there was a new challenge, until at the end it became a challenge to keep up enough excitement to stay around.

After turning in my badge in the early winter of 2012, I thought my days would be different, but when I look back at it, I had no clue about what was about to happen. Since that cold day, our days are full of grand children, excitement and drama. This North Dakota boy who grew up in a house with absolutely no music now works with an Irish band, with gigs several times each month, and a CD release in progress.

Not long ago, serendipity struck again when a neighbor called out to me as I sat on the porch sipping a fine single malt whisky. “Can you help me learn English?” he asked. Not knowing what to expect, but knowing darned well that this would be exciting, I quickly agreed to help. Now on the summer evening, just before sundown, came that knock on the door. The same neighbor, having learned a little more English, asked us to come to his house … quickly! END_OF_DOCUMENT_TOKEN_TO_BE_REPLACED