Here is another drinking story. The last day of school in the tenth grade, I brought a backpack with me with all my camping gear. John Labriola, Rick Barnes and Mark Ryan were going backpacking on Mount Evans for three days as soon as school got out. We drove up to Camp Rock, which is on the east side of Mount Evans in the Elk Management area. There are lots of backpacking trails there. We hiked up to Beaver Meadows and set up camp. We spent the afternoon playing around on the rocks climbing and swimming in the beaver ponds. Wow, was that ever cold. I didn’t know a penis could shrink so small!

John brought along a quart bottle of Vodka that his neighbor bought for him. We all drank until the bottle was gone. Mark and I drank the most. We were so plastered that we wandered off into the meadows and fell down. We were so drunk that we couldn’t even stand up to pee. We would just roll over and get up on our knees and pee, than fall down again. We lay there and laughed and talked for a while. John and Rick finally found us and dragged us back to camp.

During the night, Mark got sick and threw up a couple of times. I spent a lot of the next few years backpacking up on Mount Evans. I never drank that much up there again though. I look back on it all now and think that I had a problem with alcohol. 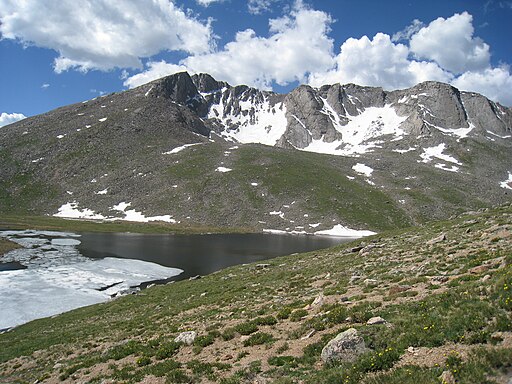